While hemlocks make up the largest percent of our forest cover, we also have a diverse assortment of northern hardwood species and their associated understory, especially on the higher, drier terrain. 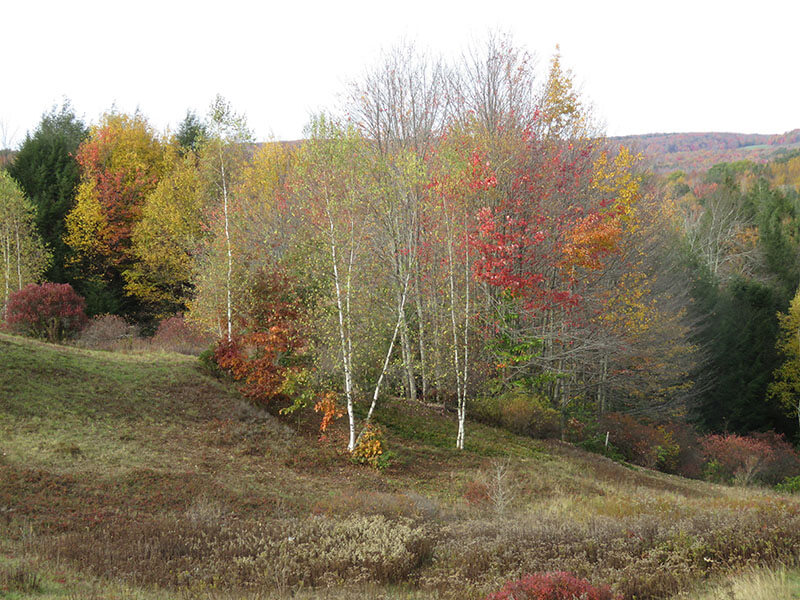 Birches make exclamation points at the edge of the woods. 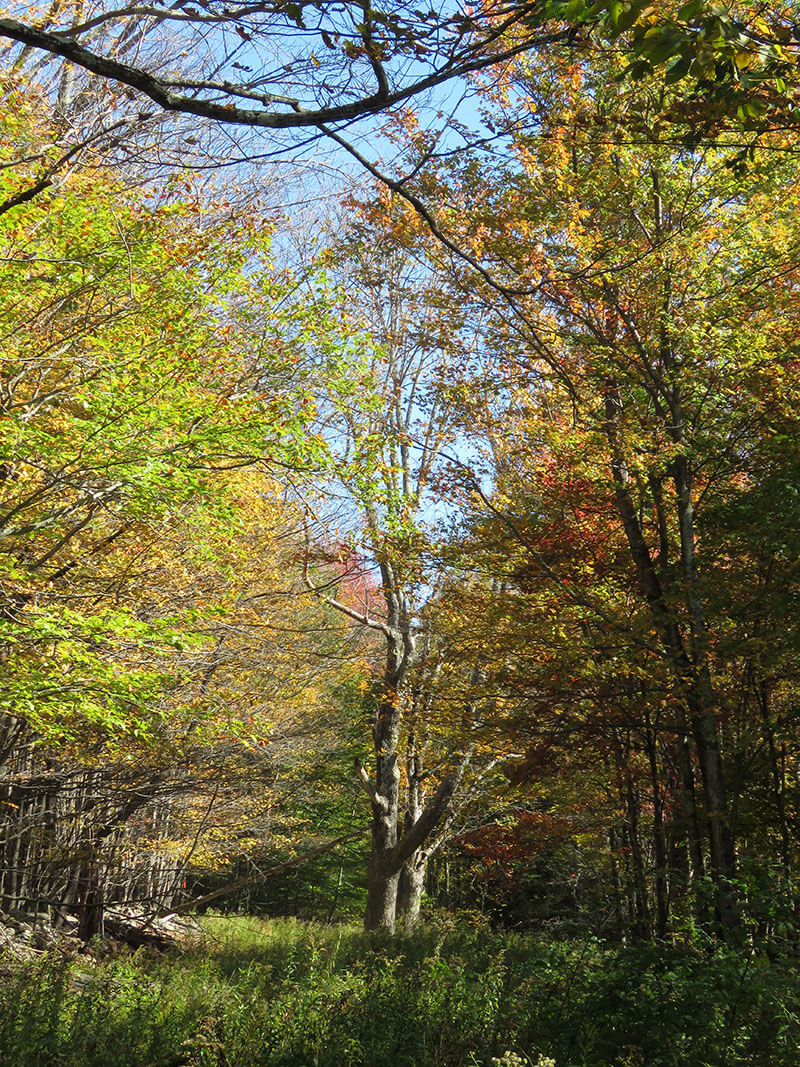 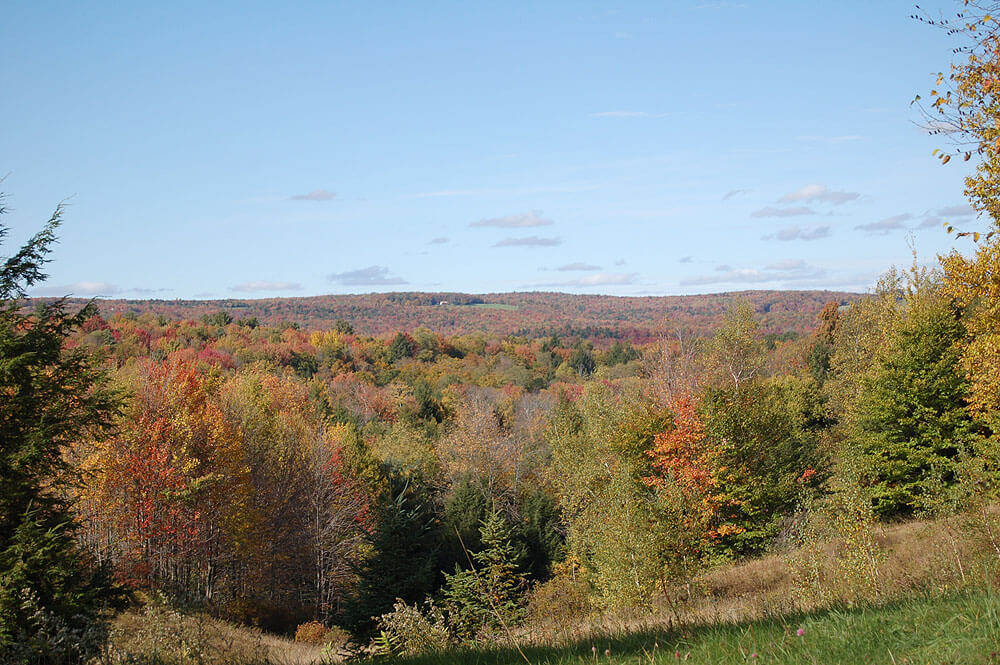 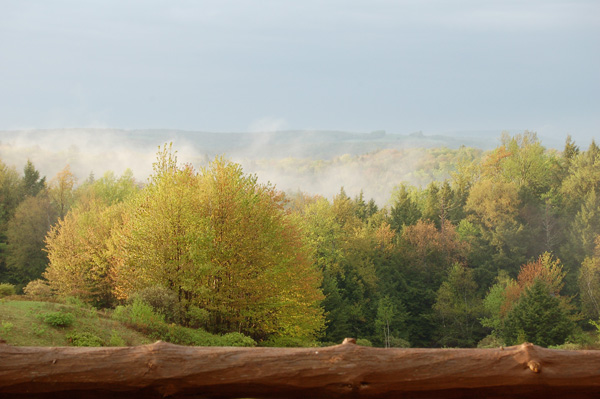 Fog rises in back of maple trees with newly minted leaves after spring rain. 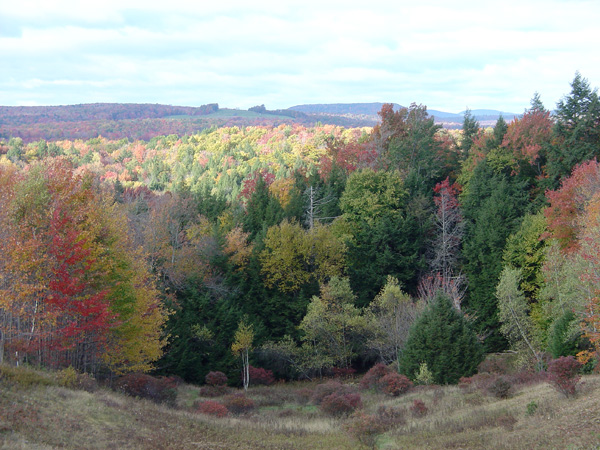 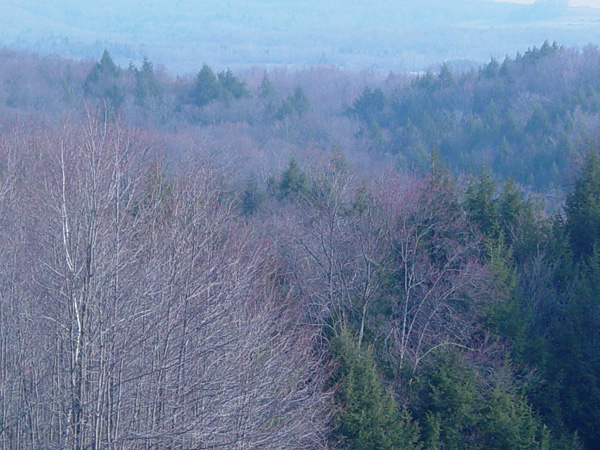 The first sign that winter is losing its grip: red maple, Acer rubrum, buds color the forest with a pink haze. 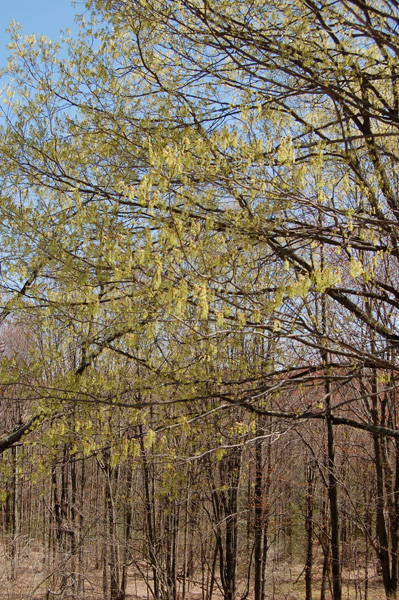 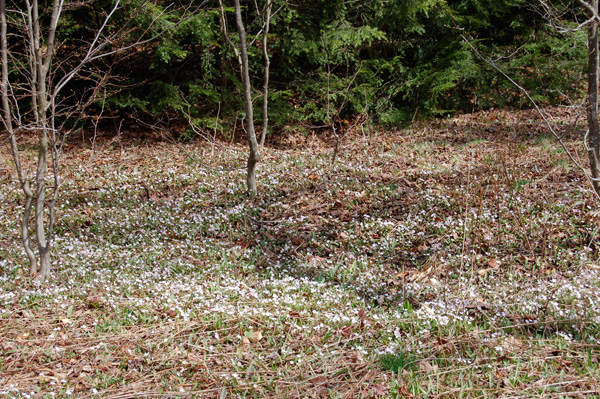 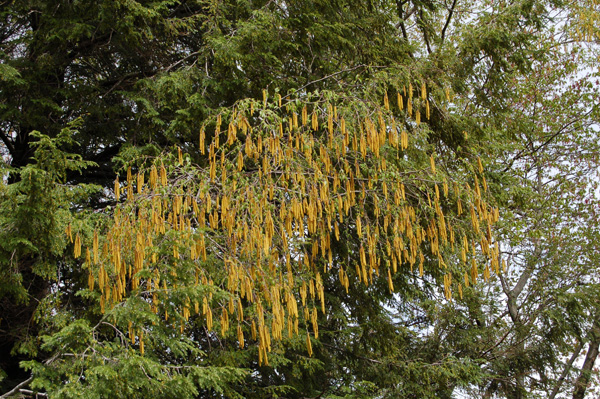 The flowers of black birch make quite a show in early spring. 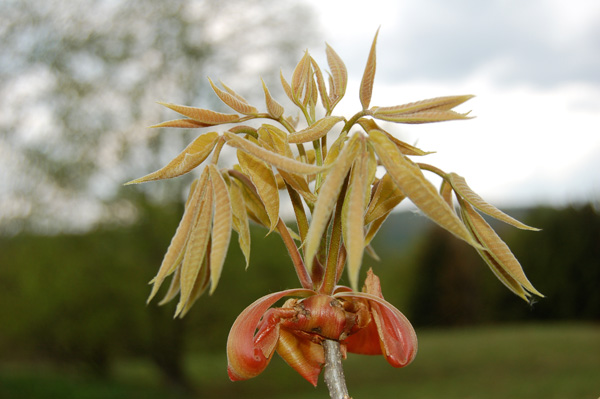 Hickory leaves almost look like flowers as they open. 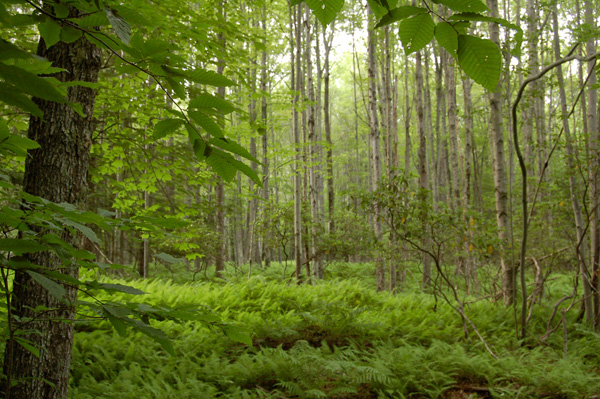 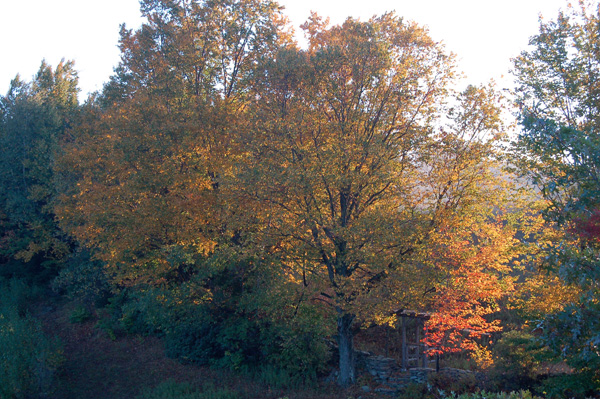 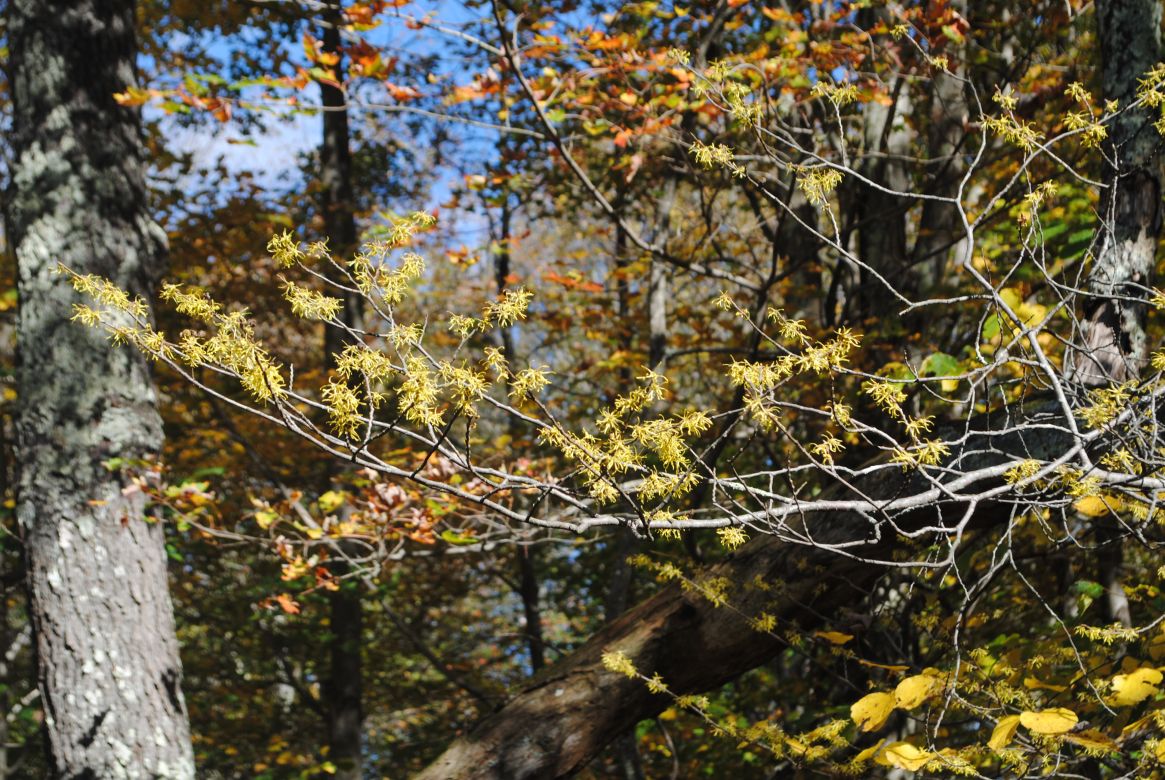 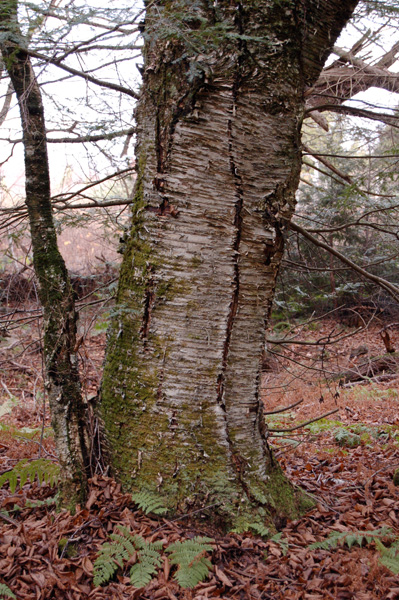 This aging yellow birch has acquired a mossy patina. 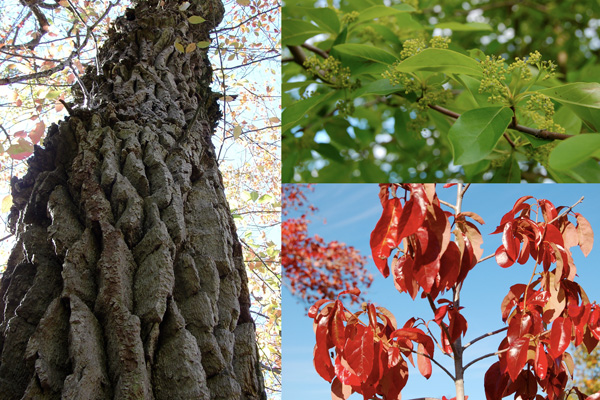 Details of the bark, flowers and fall foliage of the tupelo. 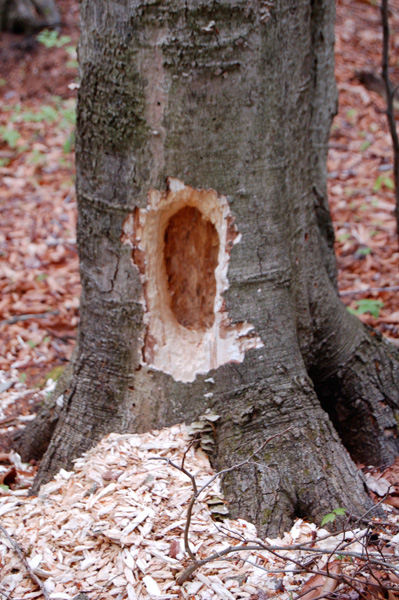 This hole in a beech tree, Fagus grandifolia, was likely caused by bear digging for insects to eat. 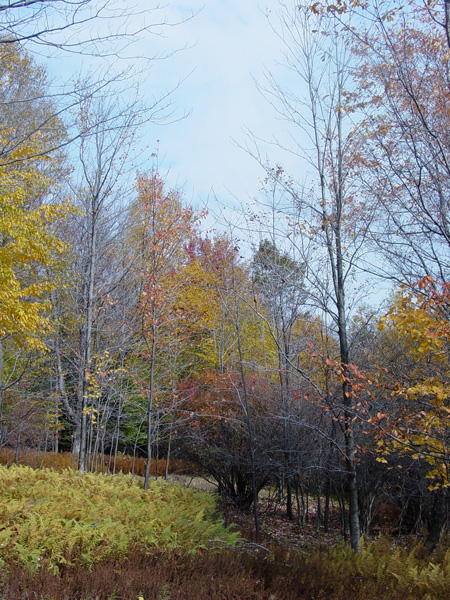 Hayscented ferns are a common groundcover in forest openings. 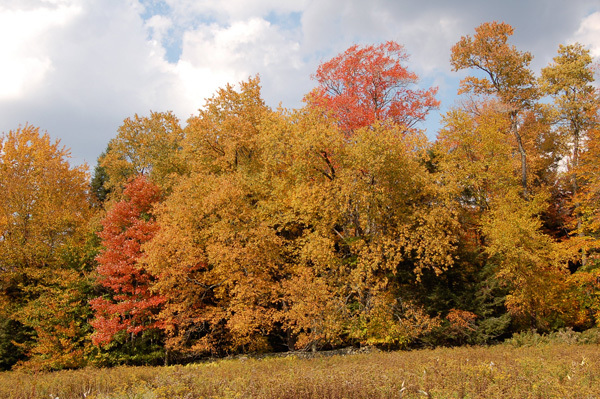 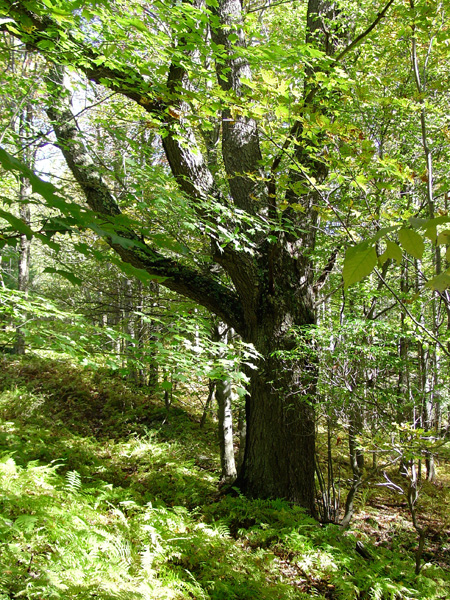 This large old black cherry may have once stood alone to provide shade in an open pasture.. 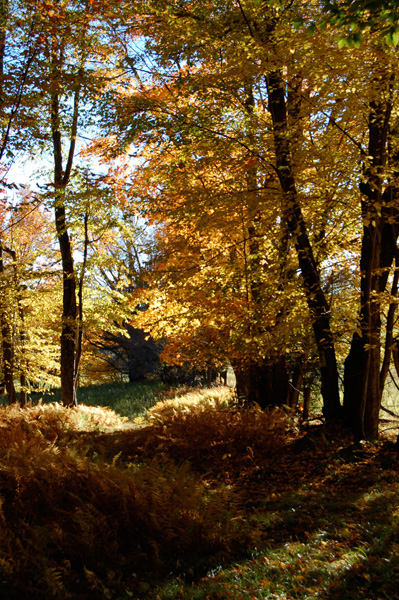 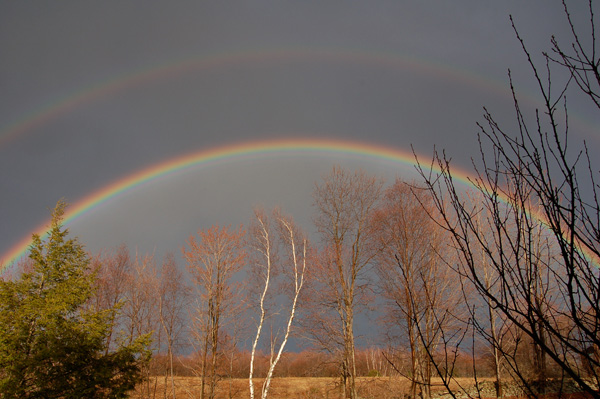 Double rainbow shines over the native woody trees and shrubs.